Shoot a Pig and Save a Reef

Home Deer Hunting Hawaii Shoot a Pig and Save a Reef 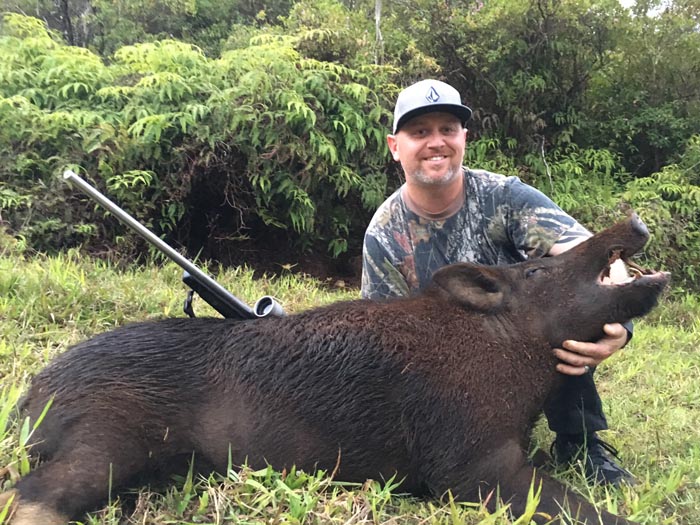 Shoot a Pig and Save a Reef

The ocean is fundamental to all life on earth. It covers over 70% of the earth’s surface, provides 80% of the oxygen that we breathe and sucks away carbon dioxide from our atmosphere. Without it, we simply don’t exist. The coral reef is home to 1 in 4 of all marine organism yet comprises less than one-tenth of 1% of the seafloor and we are losing it at an alarming rate.

There have been many incidents recently that have decimated coral, like in 1998 when El Nino triggered a bleaching event that killed 16% of coral reefs around the world. A similar event happened during La Nina of 2010, and again in October of 2015. This event is still currently happening and has become the longest bleaching event in recorded history. Global Warming is REAL and we are at a tipping point.

We can actually help Hawaii’s coral reefs by hunting the feral goats and pigs that dot our forests. What happens in the mountains eventually makes its way to the ocean.
The hooved, feral goats and pigs cause damage to the coral as they dig up grounds in search of worms and snails in Hawaii’s forests, and that’s where the problem begins. Once the rains come and flood these streams it dumps excessive sediment onto the reefs. If the reef gets smothered, it can’t get sunlight, it can’t get oxygen or they nutrients they need to survive. Every time another wave comes in sediment is kicked up and the smothering continues until eventually the reef is dead.

Not only is the reef the place where marine creatures find food and protection it’s THEIR home. Over 500 million people rely on it to feed their families. Coral reefs also support livelihoods by contributing over 30 billion to the global economy each year through fishing, recreation and tourism.
Come help our coral reefs by booking a hunting expedition with Hawaii Safaris.

The game we hunt in the islands

Hunting, And More – On Maui